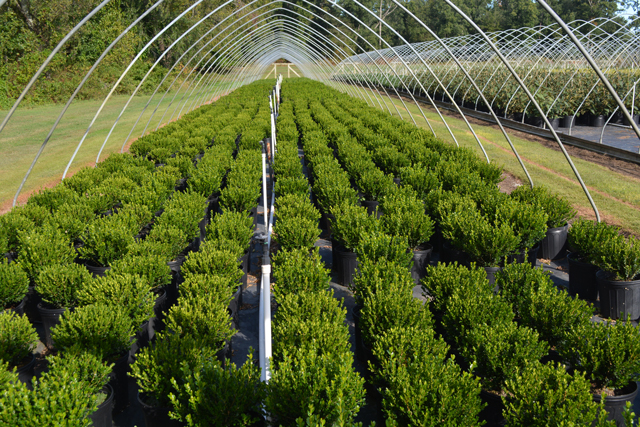 Boxwood is a hardy versatile landscaping plant that can be used in many different ways in a landscaping project.

Read this from Boxwood Society website.
Boxwood, “Man’s Oldest Garden Ornamental,” was introduced to North America from Europe in the mid-1600s and reached its peak popularity in the United States during the early 19th century and again during the Colonial Revival era. Horticultural interest in the genus Buxus is maintained today by many nurserymen, landscapers and homeowners.While the most familiar forms are what are commonly referred to as “American” (Buxus sempervirens) and “English” (Buxus sempervirens ‘Suffruticosa’) boxwood, there are about 90 species and over 365 different cultivars known exhibiting a wide variety of forms and foliage. Several of the more unusual cultivars are now in commercial production. Further information about proper cultivation, cultivars suitable for landscape applications, and suppliers of boxwood is available in several ABS publications.